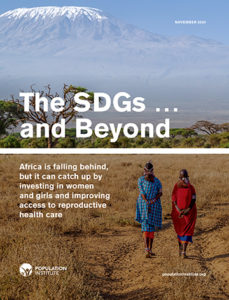 Twenty years ago, at the dawn of the 21st century, Africa was in a position to become a major driver—if not the primary engine—of world economic growth during the second half of the emerging century. Hopes were high that investments in health, nutrition, family planning, education, and women’s empowerment would contribute to smaller, healthier families; elevate household incomes; and yield what demographers and economists refer to as the demographic dividend: the boost in economic growth made possible by lower dependency ratios, increased personal savings, and improved education. Africa has made progress in many areas, but it has not lived up to its potential, and the window of opportunity afforded by a potential demographic dividend may be closing as climate change worsens, conflicts persist, food insecurity rises, and the pandemic persists. The stakes are high for Africa … and the world.