For the past three years Kathleen has been a Senior Fellow at the Population Institute and Principal of KAM Consulting, LLC, where she worked with partners in Washington and globally to promote deeper understanding of issues that are critical for sustainable development, including population dynamics, reproductive rights, gender, climate change, and food security. She brings to the Institute a passion for advancing solutions to global challenges that incorporate multiple benefits for human and planetary well-being.

“Kathleen is an innovative thought leader and effective communicator on the importance of population issues and reproductive health and rights,” said Bill Ryerson, Chair of the Population Institute’s Board of Directors. “Her diverse experiences working across sectors will bring immense value to the Institute, and we look forward to the fresh perspectives and direction she will provide, including her expertise on the multiple links between population issues and climate change.”

Previously, Kathleen served as senior advisor for population, gender, and climate change at PAI, policy advisor at Oxfam America, assistant director of government relations at the National Audubon Society, and fellow at the Population Reference Bureau, where she provided research support and technical assistance for conservation and development projects in Africa and Asia. At the World Resources Institute, she participated in negotiations on the UN Framework Convention on Climate Change, where she advocated for accelerated action for effective adaptation planning. More recently, Kathleen was the lead researcher and writer of “Unfinished Business: The Pursuit of Rights and Choices for All,” the United Nations Population Fund’s 2019 State of World Population Report.

“I have long admired the work of the Population Institute in educating stakeholders on the importance of population issues and the centrality of reproductive health and rights, and I’m deeply grateful to have learned from Robert Walker and the Institute’s staff in my time as a fellow,” Kathleen said. “I am thrilled to move into a leadership role at a time when the world is beginning to give greater attention to values of equity, justice, and inclusion – values that are at the core of the Institute’s mission, and areas where the organization can continue its history of valuable education and advocacy.”

Kathleen received a bachelor’s degree in environmental science from the College of William and Mary, and master’s degrees in public policy and natural resources from the University of Michigan. She is on the faculty at the University of Maryland, where she teaches courses in political engagement and advocacy. She resides in Washington, DC with her family. 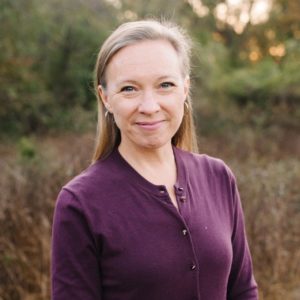