Today the Population Institute (PI) released its tenth annual 50 State Report Card on Reproductive Health and Rights . The most comprehensive assessment of its kind, it tracks multiple indicators of reproductive health and rights, including access to family planning, sex education, and abortion services.

This year’s grades are the worst yet and reflect how far the gap between states prioritizing reproductive health and rights and those seeking to eliminate them has widened over the last decade. Since the first PI Report Card was issued in 2013, the overall grade for the U.S. nationally dropped from a C- to an F, and the number of failing states grew from nine the first year to 25 this year.

“Looking back over the decade of preparing the report card, it is alarming to see how much has changed,” said Jennie Wetter, the Population Institute’s director of public policy and author of the report card. “The number of states getting failing grades nearly tripled, and anti-abortion legislators are showing no signs of moderating their attacks on reproductive health and rights. Not only are they seeking to end abortion rights, but family planning, sex education, and LGBTQ+ rights, particularly trans rights, are in their sights as well.  All of this is having devastating consequences.”

Kathleen Mogelgaard, Population Institute’s president said: “The U.S. has been underachieving on reproductive health and rights for a decade, and now a majority of states are out-and-out failing. If a school posted grades like this, it would risk getting closed down. This report card shows a need to reprioritize reproductive health and rights at the highest levels of federal and state government.”

Access to abortion services has been progressively curtailed over the last decade. If the U.S. Supreme Court overturns Roe v. Wade, which may happen as soon as this year, it could eliminate abortion access in 26 states altogether devastating the ability to access abortion in in wide swaths of the country.

Last year Texas passed S.B. 8, a six-week abortion ban, in which the U.S. Supreme Court declined to intervene. It allows anyone in the U.S. to sue Texas abortion providers and anyone who assist patients in receiving an abortion. SB 8 is a bellwether for national reproductive rights for two reasons.  First, one in 10 women of reproductive age in the U.S. live in Texas, and today they are effectively already denied the right to abortion care guaranteed by Roe v. Wade. Second, legislatures in 11 states are working on abortion bans similar to the Texas law, and more could follow suit even extending beyond abortion into other attacks on bodily autonomy like trans rights.

” U.S. abortion rights are hanging by a thread,” said Wetter. “But for far too many people, Roe has only ever been a right in name only. If the Supreme Court guts Roe, the impacts will be devastating, and unequally distributed. Those with resources will be able to travel to access the care they need. Those without won’t be able to exercise their reproductive rights.  That loss of rights will be disproportionately felt by Black and brown people, people with low-incomes, young people, people with disabilities, and the LGBTQ+ community.”

In addition to abortion rights, access to birth control has also been threatened by policy changes over the last decade.  The Trump/Pence administration’s “domestic gag rule,” which barred Title X clinics from counseling patients about abortion or referring them to abortion services, gutted a program that was providing family planning services to 4 million households a year. While the Biden/Harris administration rescinded the rule, the damage to the Title X network has been done, decimating access to affordable contractive care for people living on low incomes. Rebuilding the Title X network will take time and increased funding. Meanwhile the federal judiciary, much more conservative than a decade ago, could issue rulings curtailing Title X programs, contraception coverage under the Affordable Care Act, LGBTQ+ protections, and transgender rights. 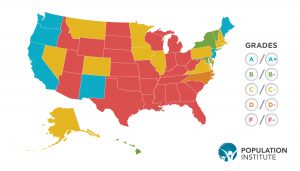